(From the Ganapati Atharva Sirsa Upanishad)

I often mention Ganesha in my yoga sessions; he is the Indian deity that is associated in helping us remove obstacles in our lives. He is also said to be the Lord of success and destroyer of evils as well as obstacles. He is also revered as the deity of education, knowledge, wisdom and wealth. Maybe you need help overcoming a difficult situation in your life, a health issue, with your work or with the people you encounter in your life; whatever the obstacles are you can focus on asking Ganesha to help you.

You could take time this month to sit quietly and just spend a few moments focusing your attention on the mantra to Ganesha (see above) or just sit with an image of Ganesha in front of you.

There are several variations of how Ganesha acquired his elephant head which I’ll leave you to research for yourself this time. There are also several interpretations of the symbolism of the Ganesha’s image and what they stand for:

There are various images that show Ganesha holding different objects in his many hands:

Whichever variation or image you have there is plenty to use as a focus in your meditation or just to contemplate.

“In India – and in the yoga tradition – the elephant is deeply symbolic. As the largest land animal, he embodies strength and solidity. But in addition to those qualities, the elephant traditionally also represents wisdom and intelligence. In the tantric tradition, the elephant (usually shown with seven trunks) is the ruling animal of muladhara chakra, the base chakra, where he embodies the qualities of that chakra – strength and stability, but also, as the resting place of kundalini, a potent, dormant power. Ganesh too is associated with muladhara chakra – for example the Ganapati Atharva Sirsa Upanisad, one of the most popular hymns to Ganesh, contains the line Tvam muladhar stiti yosi nityam – “you always reside at muladhara” – where he is seen as the supporter of the universe” –

If you have any suggestions or photos for the focus of the month, please email them to me at sharon@sharonprice.com.

Focus of the Month

and other frequently asked questions about yoga with Sharon 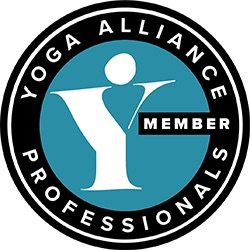 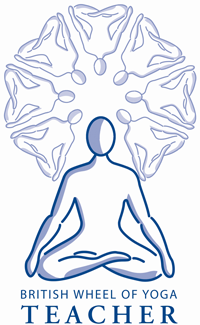